“How ironic that the truly great spiritual understanding of Hinduism like the Advaita Vedanta at the core, would really negate the idea of being a Hindu.

Either you are spiritual or a Hindu or…

Maybe its time to perhaps question who we truly are.
And not let the political and religious leaders do that for us.

I followed the elections in India after my recent trip with much hope and a little frustration at the lack of news on this side of the world. The possibility of the largest democracy in the world making a choice for inclusion buoyed my spirits. In the weeks/months of the election my enthusiasm became more measured and my sense of the rising tide of nationalism reaching this multi-layered, multidimensional place became stronger by the day.

Finally the election results in India brought back the feelings of our own US last election- some felt elation, some frustration and depression and anger. With friends and family on both sides of the US divide and friends in India on both sides of the divide I began to wonder what drew the line. Is my own identity part of what sets me apart and how is that possible? I have been teaching /talking/writing about identity and indigenous ways of being for decades. As I have done so my identity has been shaped and I think perhaps hardened at the edges by feeling the need to defend and preserve that which felt endangered.

When I read these words of Nehal Shah after the election it reminded me of the teachings of my elders and of the slow-motion spring that is erupting in color and beauty around me here in Vermont. These lessons of the cycles within cycles and the resilience of nature in all its forms -including humans pull me into a deeper sense of I connected to the I that is the center of being and consciousness. It is in the “we” that there is sometimes distraction. Not because it is not part of our humanness to live in relationship and remember our connection to all living beings. It is because attachment to any particular “we” can draw a line between us and them and diminish the flow of love and grace.

There is a current of Love in I – We – I. Remembering that allows me to shape and reshape my identity in the flow of love while not becoming attached to that identity in ways that stop the flow from my We into the Whole. Re-coloring ourselves in love sets identity free. This is not a pollyanna/romantic/idealized love. it is the love that wears down boundaries and re-enlivens the interconnected whole. It is radical across the board love that requires ruthless self exploration awareness and critical inquiry. It is fierce love, boundless. It is beyond I-dentity. I used to believe that it led to We-dentity and perhaps it does on its way back into the I that is everything and the source of everything.

“that room did not make me think “Oh, I’m looking at Kaylynn’s work”, but a sense that I was being transported to some other place, that was only peripherally connected to you as an individual. Like it was something you unearthed…and were then dwarfed by. “
– Kevin Donegan, Artist 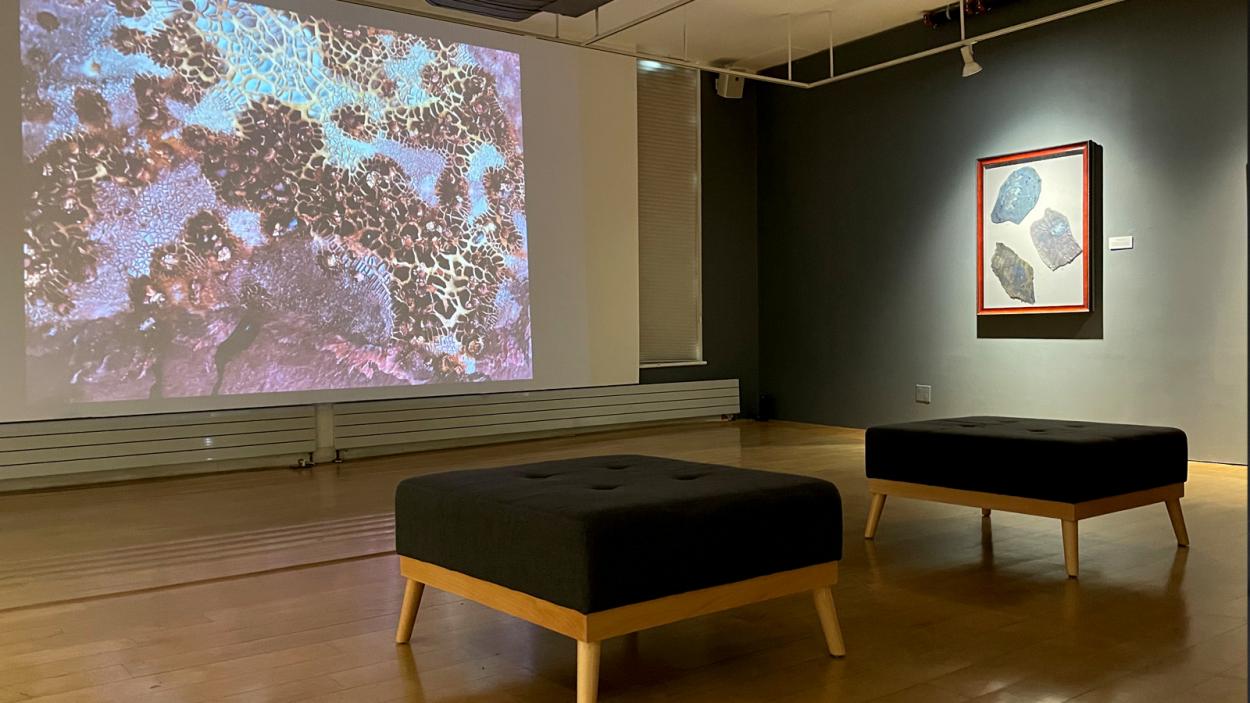